What is Volte(Voice over LTE)

VOLTE (Voice over LTE) is a posterity version of LTE It stands for voice. With the help of VOLTE you get superior voice quality, which is also called HD voice call(Voice over LTE), it was mainly made because.
When using LTE, it only provides internet connectivity, if you want to make calls through it, you will need a 2G or 3G network.
This was the biggest problem of 4 G LTE, while with the help of Voice over LTE you can enjoy calling along with the internet, so this was the manly purpose of Introducing this technology.
So if you want to know what is Volte then read this article fully

Read Also: how to find a lost Android Smartphone

Features Of Voice over LTE 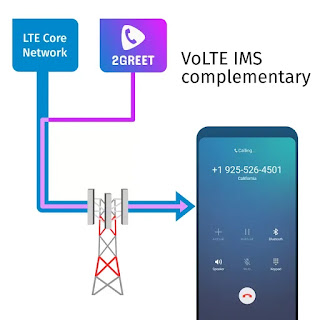 2. Use Internet connectivity and Voice Call at the Same Time

Read Also: How to Download And play PUBG KOREA

How to use VOLTE in LTE phone 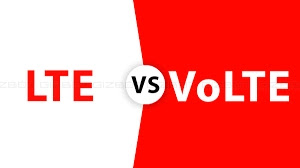 If you want to support VOLTE in your LTE mobile phone, then let me tell you that it is not possible if you are using a phone that works on old technology,
Such as 2G, 3G, or 4G phone with old technology, you cannot use 4G’S net generation on such DEVICES
If you also have a phone with old technology, then you should upgrade your mobile. Nowadays ONLINE you will get such mobiles that support the new technology of 4G,
Which you can buy at a very low price. You will find many such mobiles on Amazon, and many other companies have also launched their 5G smartphones, you can also buy them online.

Read Also: how to change face in a video

VOLTE is a new and good technology that allows you to make HD voice calls, the most important thing is that you can enjoy voice calls as well as high-speed internet (which is 4 to the old 3G internet speed. Is 5 times faster)
By using 4G’s next generation, the battery life of your device is also good, the new version of 4G uses the battery as expected of LTE because it does not have to change its network during repeated calls.

How to Turn off or On VOLTE

You cannot turn VOLTE ON in your old 4G LTE mobile, but if you have a mobile in which you can UNABLE VOLTE, then how can you turn ON and OFF this setting in such a smartphone
Follow the steps below to UNABLE the new generation of 4G in your device

On your Android, Tap on Settings > Network & Internet >Tap Call> VoLTE / HD Voice/ Enhanced calling. If your device supports Voice over LTE, you’ll see On Volte/off Volte or you can search VOLTE on Search Box on your smartphone.

On your iPhone, Tap on Settings > Cellular > Cellular Data Options and tap on Enable LTE > Mobile Data and tap Enable LTE. If your device supports Voice over LTE, you’ll see On Volte/off Volte.

Read Also: How do I recover missing, lost, or deleted files?